Bebo is back from the dead 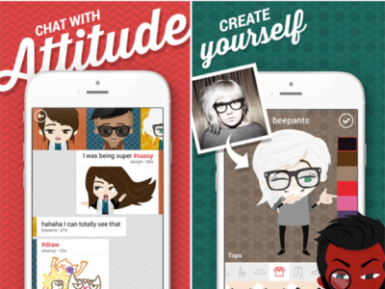 Social Networking site Bebo is back and is telling us they can retrieve and deliver photos from our old accounts. Some may be fine with this while others may be horrified to think the images they uploaded in the ‘wild west’ days of the internet (2005 to 2008) are going to resurface.

As with current social networking sites, Bebo had the potential to be a place where cyberbullying, predatory behaviour and inappropriate content would exist. Bebo’s claim to fame was that their platform contained a collection of penis and testicle drawings larger than any other site on the internet. In the days of the original Bebo, virtually no teen had their own device with 24/7 unlimited access to the internet. Most chatting and social networking was conducted on the home computer. The biggest issue in those days with teens was the massive phone bills created though excessive texting. With the onslaught of the Facebook juggernaut Bebo died off.

In late 2015 Bebo resurfaced in the form of an application (App). Like any other App it can most commonly be downloaded to a device through either the Google or Apple stores for free. It now enters a very different world where millions of different apps vie for a slice of the market.

Bebo’s App is now a messaging product is similar to What’s App and Kik Messenger. These programs are basically communication or chat programs that also allow the sharing of images. As a point of difference the new Bebo has labelled the program as ‘Chat with Attitude’.

Is Bebo yet to extend it’s claws into the Australian and New Zealand market? From my experience, NO. Schools in our countries are yet to report a Bebo trend amongst students. How it performs and how popular it becomes is yet to be seen. It is competing with many similar apps that at this time have a firm hold on the youth chat market.

What does Bebo actually do?

Hashtags can link the user to functions such as animated videos, games, images, actions and activities. Read through this article for a little more information on some of the specific activities hashtags can trigger in Bebo.

So what do I need to know as a parent?

I have included some points below which should be taken into account as a parent or carer when deciding if and how this app is used in our families.

This is just another app that exists to make money and is not a necessity for our children. Limit our children to a core group of trusted apps that we decide as a family should be used. Don’t be swayed by the nice look, feel or logo. Make your decision knowing it’s just another communication program that connects our children to others.

As with any app it is imperative to establish rules regarding time, language and people you can and cannot connect to. We also advise our children what to do (talk to us) if they have an issue on the internet.

Kids or teens don’t need this program. It is just another way to communicate and as such has the potential to cause issues for our child or our family. We need to be guiding and teaching our children to use programs for a purpose and not just to use it because they are new. This will make technology harder to manage as a parent or carer.