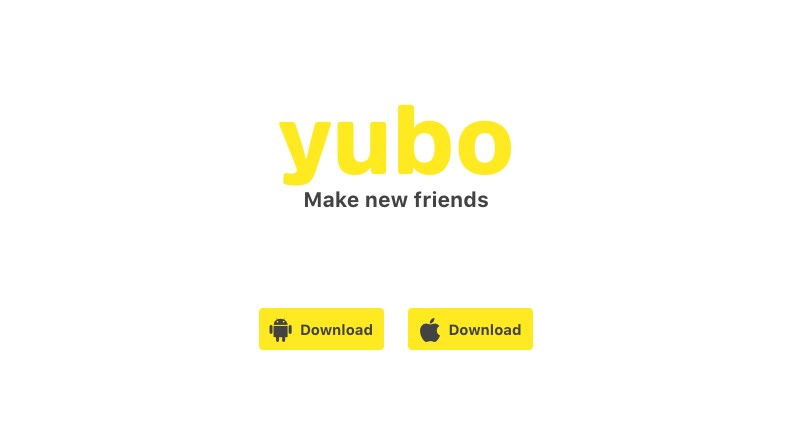 Yubo (formerly known as ‘Yellow’) is a new social app for teenagers. The app has had over a million monthly users in Australia, and is one of the most popular apps downloaded by teens and pre-teens.

Made for children 13 years and up, the app allows users to meet strangers in their local area. It’s functionality and design is similar to the adult dating app Tinder. The user swipes left or right to choose, or not choose, who they wish to connect with. Users are connected when they mutually choose one another. As Yubo describes itself on iTunes:

“Yubo is a social app to meet new friends and have fun with them. Friendship is going to the next level! It’s like being in a party and meeting cool people every 10 seconds.”

This app therefore allows children to connect with a stranger (someone they have never met before and is not part of their life) every 10 seconds. Why anyone thought 13 year olds needed something like this truly boggles the mind.

The app also enables users to live-stream footage of themselves to the world. However, to Yubo’s credit, the footage is monitored and moderated by both technical and human means. Anyone underage caught removing their clothes will be asked to dress fully in under a minute, or have their account deleted or suspended.

Even though the app is made and marketed for teens, there are many adults using it. Yubo splits their users into Adult and Teen communities – though, as with any application, it is impossible to truly verify someone’s age when they sign up. Adults can quite easily pose as teens themselves, should they choose . Anyone can create an account, and there is no real identity verification. This means children younger than 13 are easily able to lie about their age to gain access, and adults are easily able to pose as teens to meet minors.

So what’s our verdict?

Its popularity with Aussie teens means the children in your care could be using Yubo. We strongly recommend asking if they have the application installed, and sitting down and discussing the risks with them.

It is our belief that most users act honourably and in the spirit of the program’s purpose.  The consideration is that this is not always the case and other users intentions are certainly out of our control.

If it turns out they have installed the application, don’t assume the worst. Kids are curious, and they may have created an account for perfectly innocent reasons. However, such an unnecessary app with such inherent dangers should be treated with extreme caution.

On that note, if the child in your care is under the age of 13 and using the app, we would suggest deleting it immediately.

A contact from Yubo got in touch with us after publishing this and respectfully asked us to amend certain aspects of the article. We wrongly specified that Yubo was advertised for ages 12+ (as stated on the app store), when in fact Yubo themselves advertise their application is for ages 13+.

They also asked that we include the following resources, to help make those concerned for their privacy and safety more comfortable using the application. Here at Internet Safe Education, despite out concerns over the nature of this application, we are impressed with Yubo’s apparent commitment to working out any issues that may endanger their young users. They have recently listed with the Office of the ESafety Commissioner in Australia, and it is clear they are now doing the right thing.

How to Hide Your City on Yubo

How to Block Someone on Yubo