What effects do devices have on sleep? 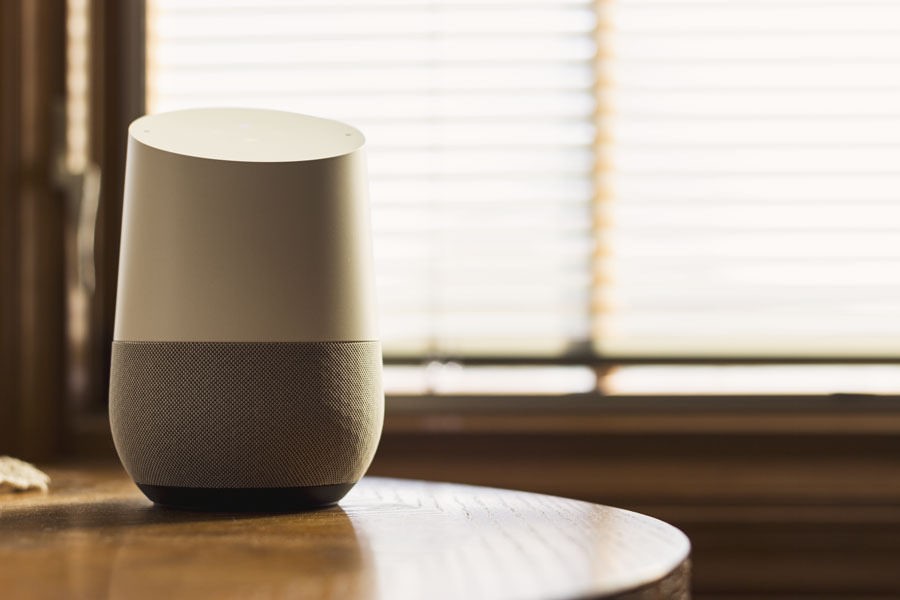 New voice controlled devices like the Google Home or Amazon Echo are becoming hugely popular. As Google have just released the next iteration of these devices – the Google Home Hub – we thought we’d take a look at how parents and caretakers can enjoy the convenience of a voice assistant without worrying about the children in their care being exposed to anything dangerous or explicit.

As the Google Home and Amazon Echo work via voice commands, there is no lock. The devices are designed for quick, off-the-cuff searches and queries – Google and Amazon want to put as little in between you and using their service so they can collect more data on you – so a lock would defeat the purpose. That means, when plugged in and turned on, your device can be used by anyone in the home.

While there’s no lock, there’s also no screen, camera or keyboard on these smart speakers (with the exception of Google’s new Google Home Hub), so the threats are minimal in comparison to other devices like smartphones or laptops. However, there are still certain risks – especially with younger children around – that children may be exposed to explicit materials that can be delivered through a speaker.

What are the risks?

These devices can be connected to a wide range of apps. For example, the Google Home connects to countless smart home, audio, video and streaming services including Netflix, Spotify and more. This means, if connected to your accounts, the children in your care may be able request explicit and inappropriate songs and other media to be played.

Some devices also support the ability to shop online, allowing you (read: anyone in your home, including parrots) to place orders through your Amazon account. This can be a dangerous feature to have enabled around children who might not yet understand rules around making purchases.

Despite this, it’s hard to find too much to worry about with these smart speakers. In fact, knowing that these devices are made to be readily available for the whole family to use, Google and Amazon have put a lot of effort into ensuring that they’re safe.

Childsafe filters and devices – do they work?

The Echo Dot Kids is a version of the Echo Dot which is designed to integrate seamlessly with child friendly services, and comes in a more rugged case to safeguard it from potential rough play. However, it’s not without its faults. A quick browse of the reviews on the seller page show that this device evidently has some creases still left to iron.

Google, on the other hand, decided to release a designated application for families to ensure that they can use their suite of devices and services safely.

Family Link is Google’s answer to unlocked home devices (and other apps and hardware they have created). However, while useful, this app does not block all inappropriate content. Instead, it allows parents to watch and monitor the activity of their children once their accounts have been linked.

This adds a level of transparency for parents, but does not protect the children in their care. Instead, we would recommend a service such as Family Zone, which can block inappropriate content).

Google Home, does let you turn off restricted content if you have young people in the house – you can find all the instructions here – however, this only works for Google owned media services, like Google Music, or YouTube. (Any other services that Google Home connects to, such as Spotify, or Pandora, will need to have their content filters set in the apps themselves).

Amazon has similar controls for their devices, and if you do decide to buy an Echo, you should definitely switch on the ‘explicit filter’.

As for purchases, things are a little more simple. In Amazon’s ‘Alexa’ app, you can simply turn off voice purchases altogether – or set a PIN that will be required for all purchases.

In the Google Home app, head to the Payments section, then turn off ‘Pay with Your Assistant’.

These devices are often advertised to be perfectly child safe. For example, this introductory ad from Amazon, which is literally narrated by a child as she watches in awe as they welcome an Echo into the family:

It’s also quite obvious that these companies are working very hard to ensure the devices are family friendly. And though they’re not quite perfect yet, in our opinion, they’re a lot less dangerous for children than their own smartphone or other device.

As long as you remember to set some limitations with your children and let them know what is and isn’t appropriate, your voice assistant could turn out to be a very practical addition to your home.